Xiaomi has been testing the pulse of Indian mobile buyers online since July last year with its flash sale strategy but of late, changing the direction to an open sale, thanks to a surprising fan base in India, despite court delays over patent rights.

Clearly deviating from its path of flash sale online at Flipkart, Xiaomi has rolled out its first open sale since early this month and its 16GB Mi 4 had hit the sales pitch, followed by the 64TGB variant of the Mi 4 from March 28.

Unlike in the past for its Redmi phones, Xiaomi has done away with the pre-registration process and setting the time target to press the BUY button and creating an aura around the number of sales recorded. The Xiaomi 16 GB and 64 GB vriants of Mi 4 are available from 2 PM today online as and when buyers book them in an open sale. Though it wanted to push the flash sale model initially, it has rooled back its move and made it open for all.

However, for Redmi Note, it still follows the old process of pre-regitration followed by appointed day and time sale hoping a flash sale to register for the device. With more than four devices on sale simultaneously, it may not suit Xiaomi to stick to its pre-registration followed by flash sale strategy that was followed for a single product sale online.

Meanwhile, Xiaomi has also put on open sale its Mi Pad from March 24 but in few hours it had sold out the entire stock opting for postponing its next open sale. Today, March 29, Xiaomi said on its Facebook that the new shipments will be available for sale from tomorrow Monday, March 30 at 12 noon onwards.

“Even better news for your Sunday! We’re glad to announce that our next batch of Mi Pads are back in stock, and we’ll be opening up for sale on Flipkart tomorrow 30 Mar at 12 noon (while stocks last),” said Xiaomi India on its Facebook post.

Since it is not on pre-registration basis, an open sale may witness another flash sale on Monday to be over in a few hours, replicating the same old flash sale competition for its device.

Experience blazing-fast performance with the 2.5 GHz quad-core Snapdragon 801 processor and 3 GB RAM. With 14% more computing speed, this Mi smartphone smoothly handles multiple complex tasks at the same time. The new and improved image processor is capable of 45% faster image processing than the previous one.

Play games hiccup-free with the efficient Adreno 330 GPU. With support for advanced graphics APIs, including OpenGL ES 3.0, OpenCL, Renderscript Compute and FlexRender, the Adreno 330 is capable of rendering even complex graphics as fast and efficiently as a gaming console.

Enjoy a delightful entertainment experience on the 5″ JDI high color-saturation display of the Mi 4. It produces a resolution of 1920×1080 and has a pixel density of 441 ppi. The screen is very sensitive to touch, making it easy to operate this device. 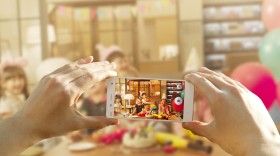 With the advanced close-loop focus system of this device, it can autofocus in just 0.3 seconds making it perfect for shooting on-the-go.

Record real-time 4K videos at 30 frames per second, thanks to the 13 MP Sony IMX 214 CMOS sensor. 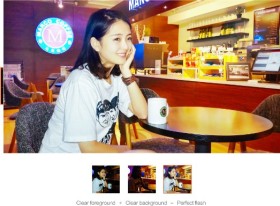 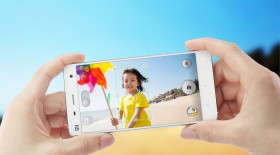 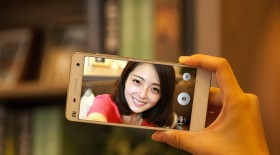 There cannot be anything better than an 8 MP front camera and a next-generation Beauty app that allows you to click selfies. The Beauty app offers 36 smart filters that can be applied to perfect selfies. 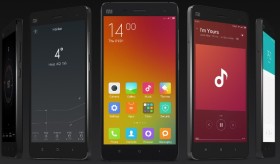