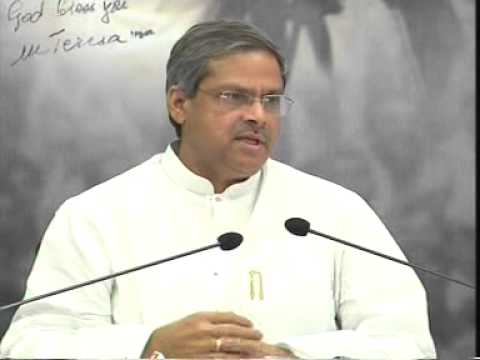 Communications Adviser to the A.P. government Parakala Prabhakar hit back amid cash-for-vote controversy terming the tapes aired on a Telugu television were doctored from different voice recordings of chief minister N. Chandrababu Naidu in move by Telangana CM to defame Naidu.

Prabhakar said the Chief Minister did not have any such conversation and it could be that the recordings were doctored interspersing the voice of Mr. Naidu from various occasions. He said the State government will take up the case both legally and politically.

“If as claimed by the TRS government that it was evidence, it should have been placed before the court,” Mr. Prabhakar said and challenged the Telangana Chief Minister K. Chandrasekhar Rao to reply.

Prabhakar also wondered whether the Telangana government got the audio tape by snooping on Naidu. “If you have done telephone tapping, it is a crime and if you have recorded Mr Chandrababu Naidu’s voice on different occasions, tampered it and presented to mislead people that it is his conversation,” he said.

“It is not the chief minister’s conversation. How come they are available outside? The Telangana government has to give answer to this. Telangana CM and home minister should give answers,” Parakala said.

The audio tape was first played on T News, a Telugu news channel owned by the family members of Telangana chief minister K Chandrasekhar Rao, and later aired by other channels.Congress too reacted to the controversy demanding Naidu’s resignation.

The tape resembling a phone conversation between Naidu and nominated Telangana legislator Elvys Stephenson giving him all assurance and if he voted for a Telugu Desam Party (TDP) nominee in the Telangana legislative council (MLC) election.

In the tape Naidu purportedly said, “Our people briefed me. I am with you, no worries. For any issue over it, I am with you. Whatever they spoke to you, we will honour and keep it up. Let us work together.”

Media reports suggested that the tapes were obtained by the Telangana ACB, which is investigating the cash-for-votes scam and arrested TDP legislator Revanth Reddy and two others – Sebastian Harry and Uday Simha – on May 31 for allegedly handing over Rs 50 lakh to Stephenson just days before the election.