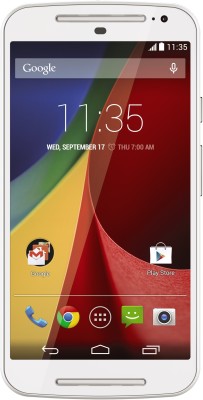 Moto G available on Flipkart. Brushing aside the need for checking before buying, Motorolas said Bangalore Care centre will serve to provide prototypes for those interested.

Motorola, the first mobile maker to sell its smartphones online unleashing a new strategy in India, much before the Chinese maker Xiaomi debuted with its highly successful Mi3 in 2014, has reiterated that it does not see any need to go offline to sell its mobile phones, sending a s trong message to other big rivals.

Motorola has an exclusive partnership with India’s e-commerce giant Flipkart and has shunned all the plans of selling through retail stores at a time when Xiaomi, who tweaked the strategy with its flash sales pionnering another new sales model is slowly opening up to the idea of offline sales via retail stores.

Motorola is confident that its products stand apart. For those interested in double checking the smartphone before buying can check Motorola products from their Bangalore-based Motorola Care centre before buying them from the Flipkart online, said the company brushing aside the critics.

Amit Boni, Motorola’s business head in India told The Times of India in an exclusive that his company is confident that the Flipkart partnership will serve as a better platform than the traditional brick and concrete model of retail stores in every corner.

“The need to look into other options arises only when the chosen method is not ‘sound enough,” he said in an upbeat mood over the online model, a strategic bet that the company has chosen emulating the success story of Xiaomi and another Chinese manufacturer OnePlus in India.

“Such a partnership was unheard of in the Indian market when it was first announced, but it has become an integral part of the country’s online shopping arena now,” he was quoted to have told the TOI.

Motorola started off online sales of its smartphone Moto X and Moto G, in the midrange in late 2013 and early 2014 that was an extremely successful strategy. The Moto G has become the “best selling phone in Motorola history”.

Devoid of advertising cost and add-ons, Motorola was able to pioneer a new online sales model and finally decided to stick to it for now. Meanwhile, Motorola is gearing up for the next launch of the 4G-enabled Moto E on the Flipkart.