There is a genetic link between creativity and madness or mental illness and those who are creative are prone to develop schizophrenia and bipolar disorder, said a new study reiterating one of the old beliefs in the world that geniuses have a streak of mental tweak in brain. 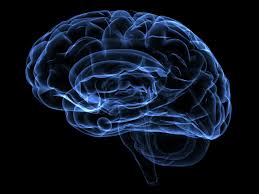 From the ancient Greeks to Shakespeare to Van Gogh, several creative people themselves were taken aback with their own observations of direct link between creativity and mental illness. Now the same reflects in scietific studies on tweaked molecules in DNA.

The impact on people who are artistic and ‘creative’ have in their genes an iota of mental illness too but still the study is not precise on how they are linked genetically or otherwise.

For the study, researchers zeroed in on genius or creative people in its own definition as those who take up novel approach requiring congnitive processes, which are different from the routine ways of thought expression.

Since schizophrenia and bipolar disorder are related to thoughts and emotions, slight alterations in cognitive and emotional processing make them switch over to the next worst scenario, said researchers.

Significantly, researchers found that genetic risk too is very high for both schizophrenia and bipolar disorder to develop in creative individuals.

Robert Power, lead author, said that their findings suggest that creative people may have a genetic predisposition to think differently but a slight tweak in their biological factors may push them slip into mental illness, in his paper published in journal Nature Neuroscience.

For instance, dancers, writers, musicians and visual artists were 17% more likely than those outside those professions to have a genetic vulnerability to schizophrenia or bipolar disorder than those working in other fields, said the study based in Iceland’s DeCode Project.

Data from four large studies conducted in Sweden and the Netherlands on 35,000 people showed a strong link between genetic propensity to mental illness and creativity as 25% people in creative fields ended up as mentally ill than those in general fields.

Conducted for the biopharmaceutical company Amgen, the DeCode Project is aimed at studying the genetic bases of diseases by sequencing the entire genomes of close to 3,000 people from Iceland’s national health and genealogical records.

The study suggests that these creative people often end up in ccupations where their unusual ways of thinking find receptors easily. They write poetry, translate human feelings into music, art or writing that reflects the human condition.

“Our study lends support to direct influences of genetic factors on creativity as opposed to sharing an environment with individuals with psychosis influencing creative aptitude,” caution the authors.